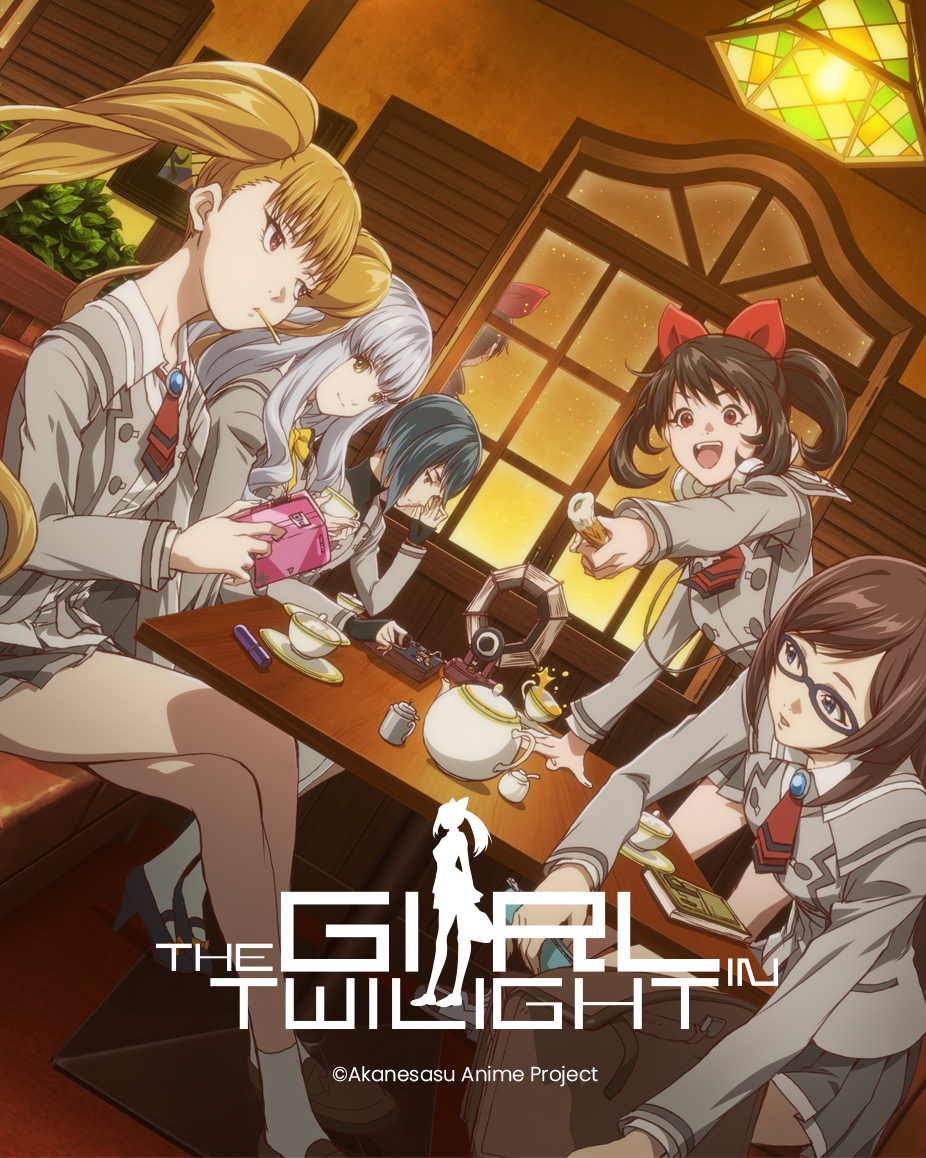 The Girl in Twilight

When the door opens to a parallel world, the girls face another version of themselves.

The story takes place in present day Japan in the Hokuriku city of “X.” Asuka is a high school student obsessed with the occult and fortune-telling. She and her friends (Mia, Yu, Nana, Chloe) of the Crystal Radio Society (R-Society for short) reenact an urban legend called the “4:44 pm ritual” and accidentally open the door to the “twilight world.”
They learn that there are countless worlds parallel to their own, and that this “twilight world” is a threat to their existence.
When Asuka and her friends get lost in this strange new world, they are saved by Asuka’s alter-ego “Asuka” (D Asuka) from a parallel universe. D Asuka’s world is already under threat of extinction by the “twilight.” She fights every day to return order to her own crumbling world and others, and to stop the “twilight world” from destroying them all. By meeting her alter-ego, Asuka discovers another dimension within herself, and realizes that parallel worlds represent potential for their own world. The girls transcend time and space, throwing themselves into an epic battle to salvage the countless possibilities hidden in their world from the threat of “twilight.”