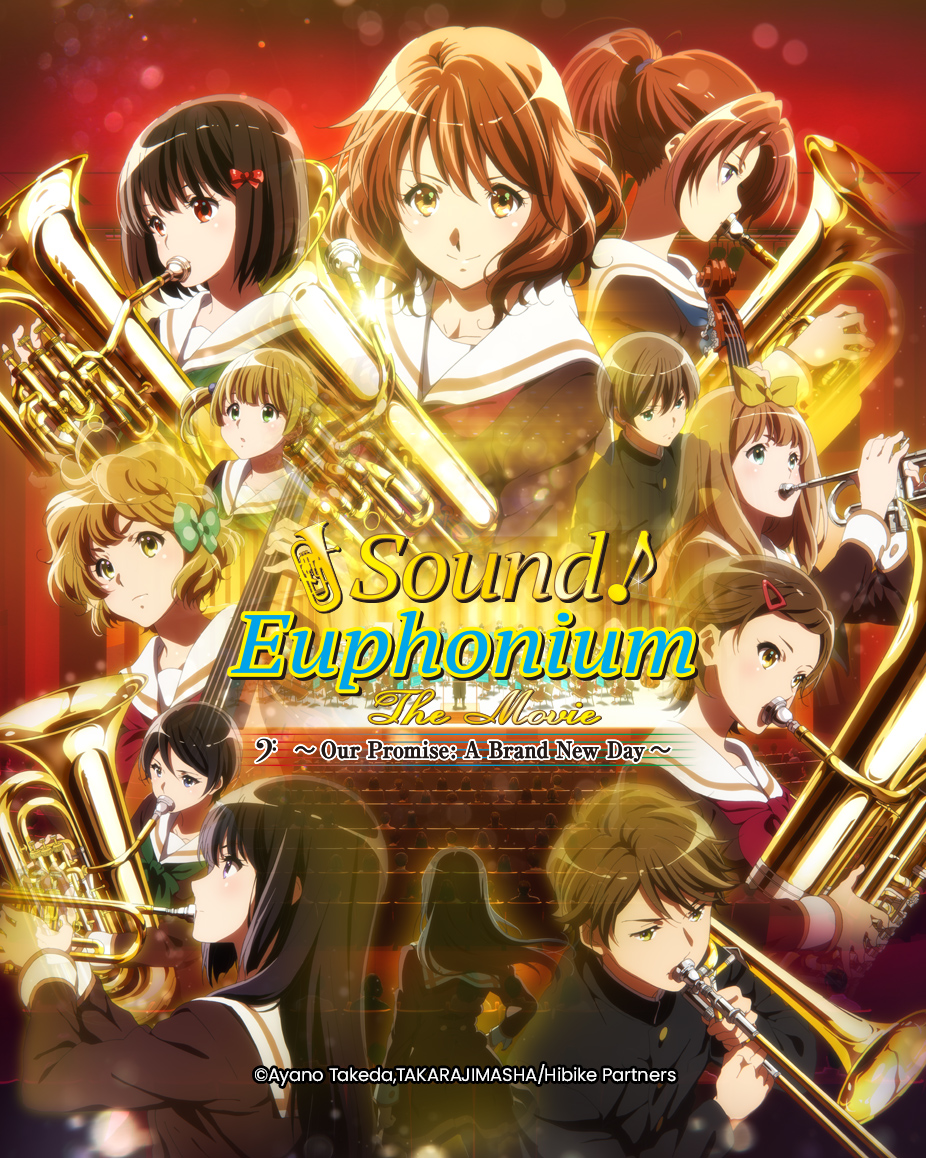 Sound! Euphonium, the Movie -Our Promise: A Brand New Day-

Mirei Suzuki, who doesn’t try to fit in at all,

Satsuki Suzuki, who wants to get close to Mirei, and Motomu Tsukinaga, who is very private.

First, there’s the Sunrise Festival, followed by auditions and then the competition.
The concert band is aiming to win the “Gold Award” but problems keep arising…!