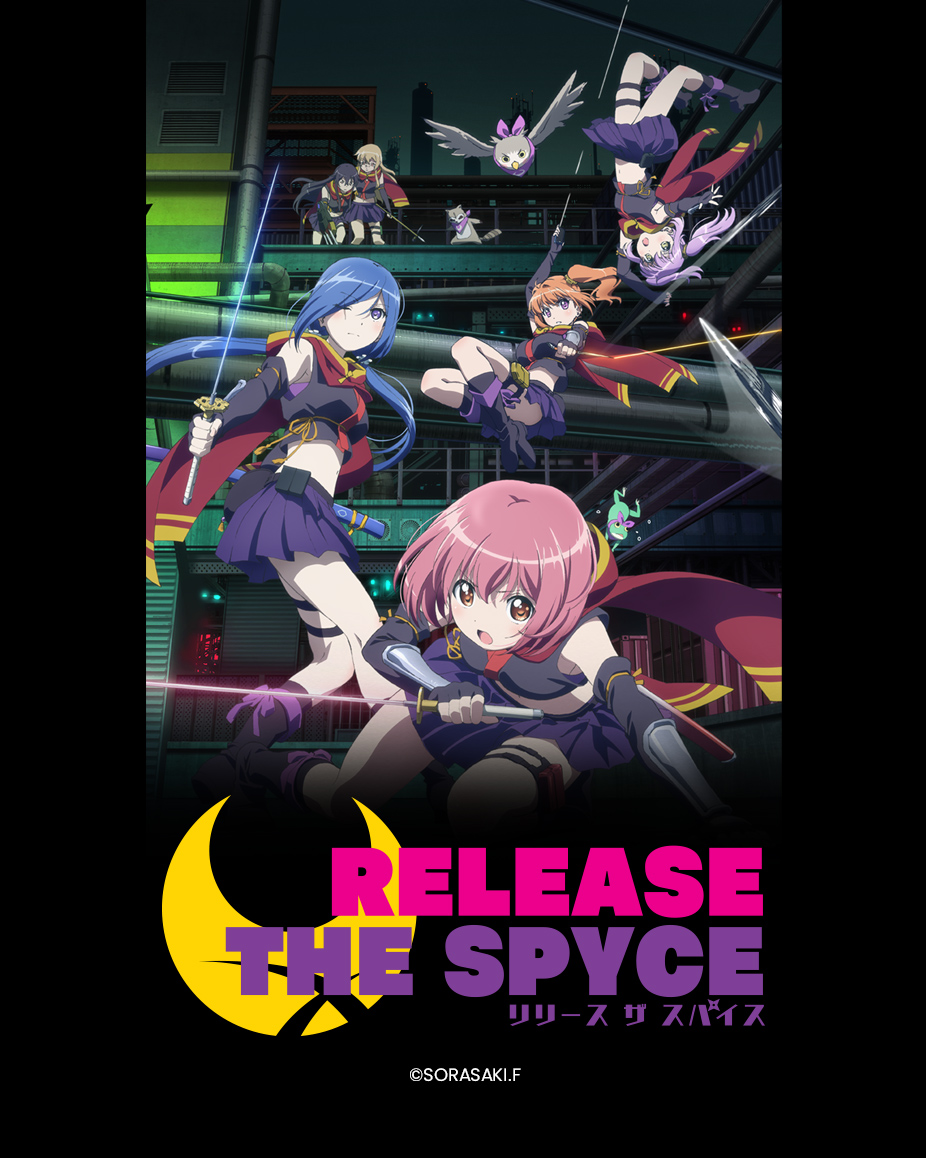 Momo Minamoto is a high school girl living an ordinary life in Sorasaki City – until she is recruited to join a private information agency called “Tsukikage”.
Tsukikage is actually a spy organization with no country affiliations. Its mission is to protect the peace and preserve justice from behind the scenes. The girls use secret tools and train their hearts and minds as weapons to fight evil, using a specially created spice that enhances the abilities of young girls.
Momo’s mentor, Yuki Hanzomon, is also her senior in high school. Through Tsukikage’s mentoring system, junior spies are trained by their seniors and inherit their skills.
The metropolis of Sorasaki is being infiltrated by a criminal organization called “Mouryo”. Momo must work together with her friends to protect her family, friends and local residents from Mouryo’s evil forces.