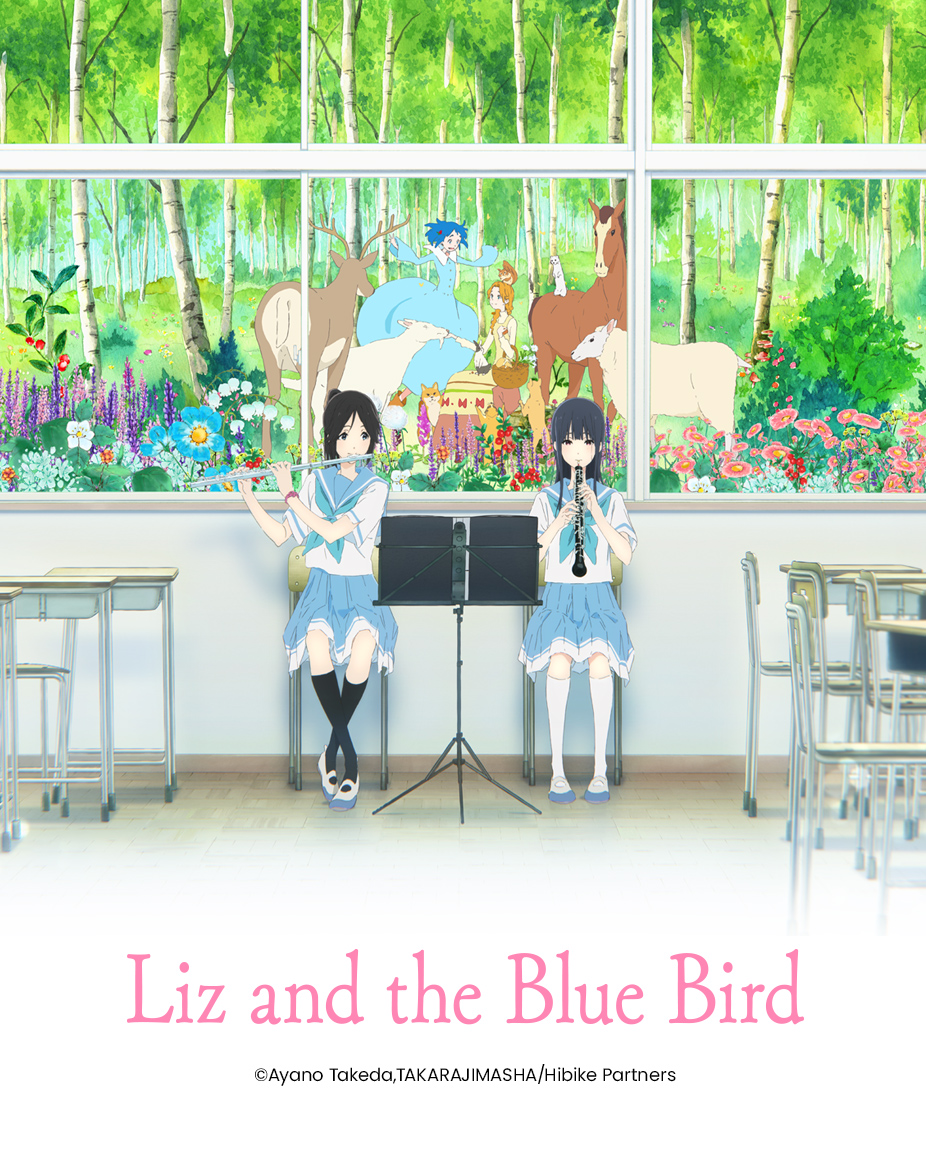 Liz and the Blue Bird

―At the lonely girl’s side, there appeared a little blue bird―

Mizore, who cherishes the happy days she spends with Nozomi. Nozomi, who returned to the band after dropping out.
Ever since she reached out to the lonely Mizore in junior high school, Nozomi has been Mizore’s entire world.
Mizore is unable to erase her worries that Nozomi will one day leave her again.
Their final band concert is drawing nearer, in which they will play the piece Liz and the Blue Bird, a duet for oboe and flute based on a fairy tale.
“I think stories ought to have happy endings.”
The carefree Words spoken by Nozomi strike fear in the heart of Mizore, who feels sure they will someday have to say goodbye.

―Stay with me, forever and ever―

The fairy tale story begins to overlap with their own lives more and more, with Mizore as Liz, and Nozomi as the blue bird.
And yet…
Two cogs that don’t align keep on turning and turning, hoping to meet in a single moment of harmony.